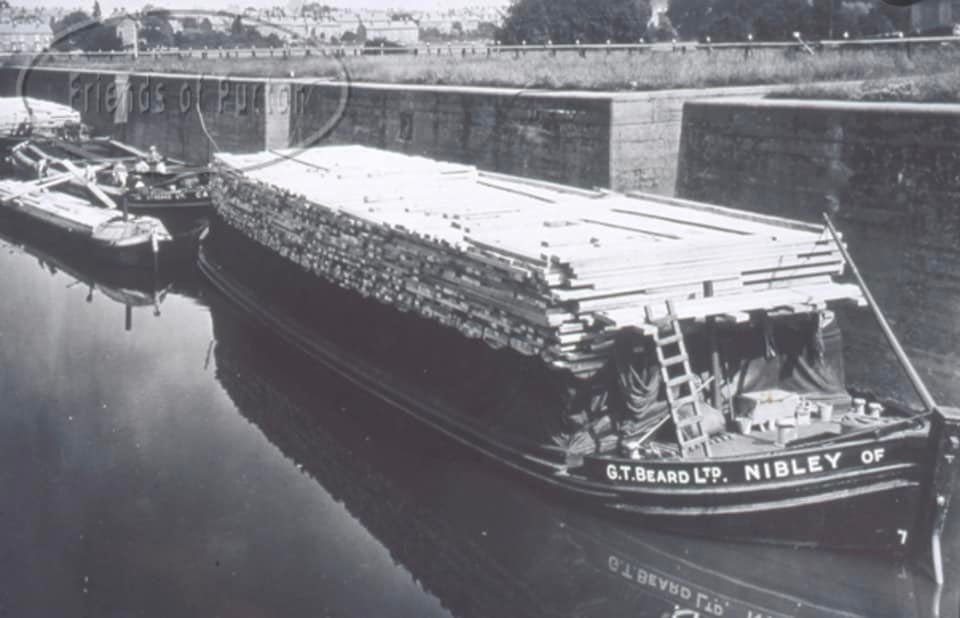 Transport changes from Canal to Rail to Road. A dangerous Buisness that resulted in a death at Nicks Timer yard . In 1933, the firm stopped using G T Beard’s lighters to bring the timber from Sharpness to Gloucester, and changed over to Mousell Chadborn &amp;amp; Co instead. Most of their timber was sent away by rail, but lorries were coming into use and some wood was still carried up country in canal boats . One of the railway sidings in Nicks’s yard became known as Hellfire Pass because it sloped down towards the canal and wagons sometimes got out of control. If the man on the brake missed his footing, the wagon could continue on its own, rushing down to join the line alongside the canal and crashing through any planks across the line being used in discharging a lighter. It was also known for a free-running wagon to hit an obstacle and tip into the canal . A more serious accident occurred in May 1932 when four boys employed by Nicks &amp;amp; Co were playing hide-and-seek in the timber yard after having their mid-day meal. One boy climbed the back of a stack of timber, and as he was coming down the front by means of the projecting arms, he lost his balance and fell 10ft to the ground. He was taken to the Infirmary but did not regain consciousness and died the same evening due to laceration of the brain. An inquest jury returned a verdict of accidental death. As the accident did not occur during hours of duty, Nicks &amp;amp; Co did not consider they were formally responsible, but they did make a contribution towards the boy’s funeral expenses.