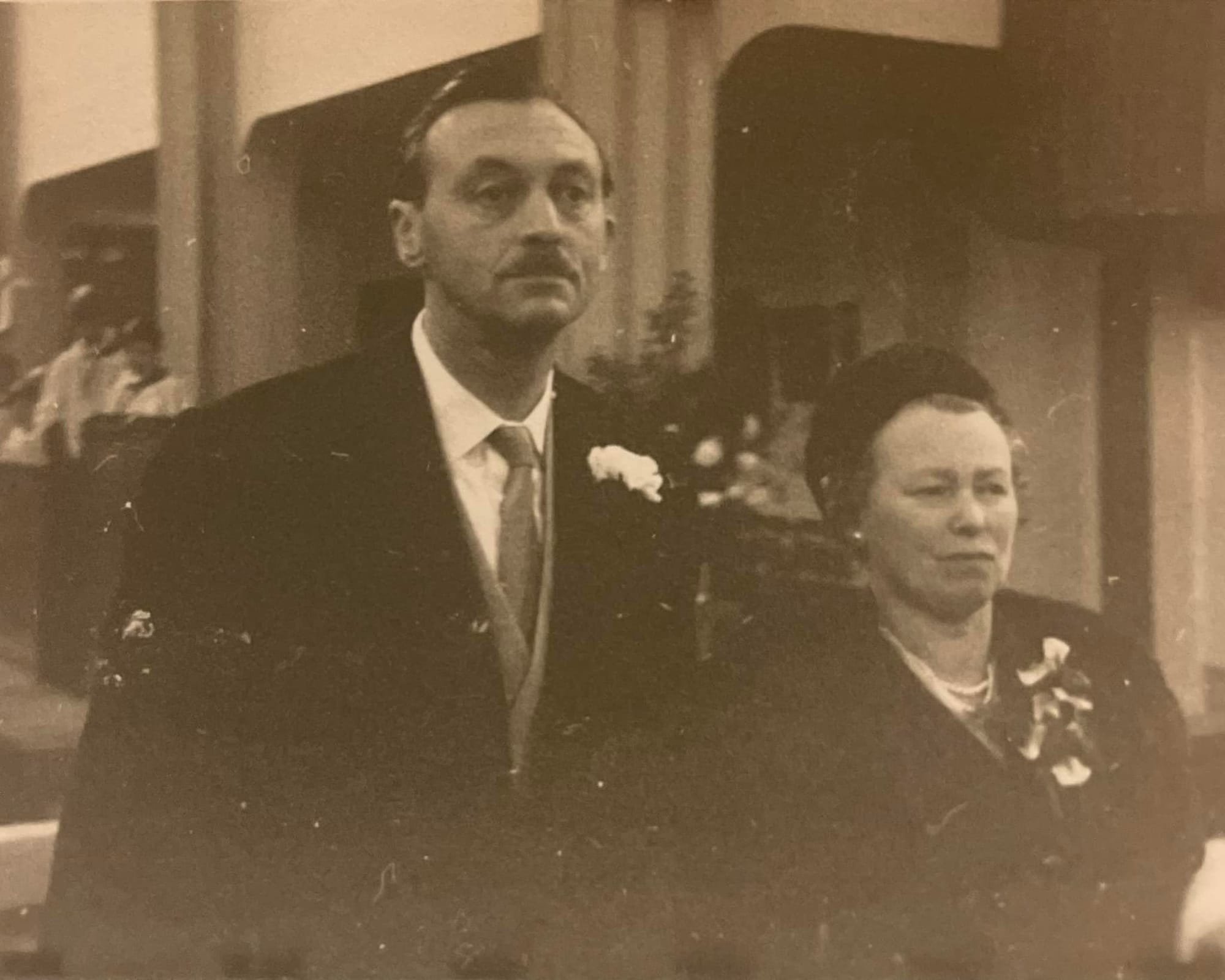 The Drury Family take controls of Nicks in 1930  but how did they get into the business ? Thomas Lawrence Drury went for an interview in August 1890 with Thomas Adams & Co of Birmingham who opened a yard on the Bristol Road in Gloucester ( see letter sent after interview) . On September 15th 1890 he was signed into a six year apprenticeship with the permission of his father Charles Drury on 6/- (shillings) .30p  a week rising to 15/-  0.75p a week by year six . And so his carrier in the trade began. The Drury family were keen sportsman with Tom playing County Hockey ( top far right ) and Badminton something he would end up running in later life as his own sons all represented the county .

In 1905 he married , by now Thomas Adams & Sons had moved to Monk Meadow Dock on the Hempstead side of the Canal . A gift of “ an Electro Tea Service was given to the happy couple by the company ( see letter signed by all management ) . Thomas Adams & Sons closed in Gloucester at the end of the First World War as trade was difficult and supplies were controlled by government, by this point Tom L Drury had risen to General Manager at the company with a full knowledge of their client base and order book . Price Walker, Gloucester's oldest and largest timber company at that time as mentioned in previous chapters had not only supplied Nicks with stock, loaned them money and payed the rent at Canada Wharf to help Nicks keep going but also recommended to the Buchanan family who controlled Nicks at that time that they should employ Tom L Drury as he would bring business with him and strengthen their team ( keen I feel to protect their investment) So Thomas L Drury joined Nicks around 1920 and so the Drury connection to the company began and would remain until the present day over the next three generations . By 1930 he had managed to raise enough money (again we think with help from Price Walkers MD ) to by out the Buchanan brothers after the death of their father who had been owner MD and who wanted out to become the sole owner of Nicks & Company (Timber)