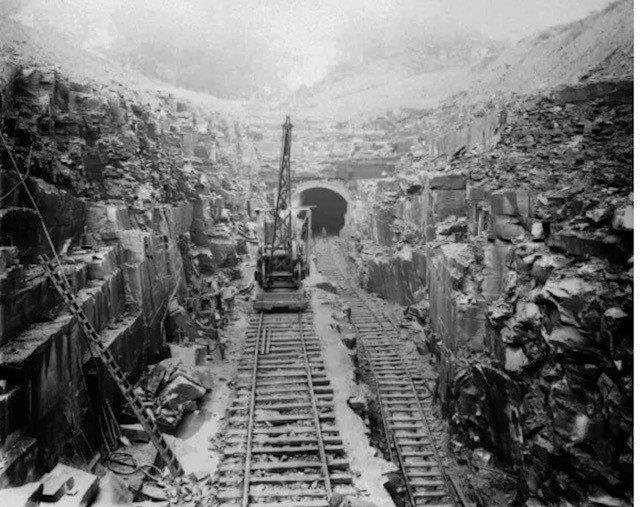 Nicks a major supplier to the development of the rail networks in the Southwest . London &amp;amp; the Midlands . And Gloucester Wagon Works . New Team: Like his former partner, Albert Buchanan served on the city council as a Conservative, and in 1900 he was elected Mayor. However, he resigned after six months, following a High Court ruling against the election of a fellow councillor which put the Conservatives in a minority. In the early years of the twentieth century, there were changes in Nicks &amp;amp; Co.’s management arrangements. Long serving accountant John Barnett became a partner, as did Buchanan’s sons Albert Ernest and Wilfred Lawrence, and Joseph Francis Hooper left the firm. Premises: A contemporary description of Canada Wharf noted that the premises covered an area of approximately seven acres, every foot of which was required for the storage of timber. Private railway sidings extended throughout the yard and into the saw mill. An elevator on the canal side was used for lifting and conveying sleepers, and a power driven gantry carried baulks from the water’s edge to the mill. The mill contained log and deal frames, circular saw benches and planning and moulding machines. The creosoting tank could hold 7½ tons of timber at a time, and the creosote was injected under vacuum so that it fully penetrated the pores of the wood. This treatment was a speciality of the firm and was much used for treating timber for railway bridges, sleepers, sheds, fencing and blocks for road surfaces (31). In the early 1900s, Nicks &amp;amp; Co were prospering with foreign imports of 20,000 to 25,000 loads a year (a load being 50 cu ft) (32). A surviving ledger shows that the firm’s customers included a wide range of businesses in Gloucester and the Midlands, particularly railway companies, other timber merchants, builder’s merchants, wagon makers and other manufacturing companies. Large quantities of sleepers were supplied to the Midland Railway, the Great Western Railway and the London &amp;amp; North Western Railway. Gloucester customers included timber merchants Price Walker &amp;amp; Co, the Gloucester Wagon Co and match makers S J Moreland &amp;amp; Sons. Other well-known customers included the scale makers W &amp;amp; T Avery of Birmingham, brewers Bass Ratcliff &amp;amp; Gretton of Burton on Trent, cider makers Bulmer’s of Hereford, woollen cloth makers Playne &amp;amp; Co of Nailsworth and the Salt Union at Stoke Works, Worcestershire. Timber was also supplied to large estates, including those of Earl Bathurst of Cirencester, Earl Beauchamp of Madresfield, the Earl of Dudley and Lord Fitzhardinge of Berkeley. Of the smaller businesses, one notable example was Lewis Blakemore of Longley – his family building firm continued to buy from Nicks &amp;amp; Co for over 100 years, and a third generation Lewis Blakemore was a valued customer in 2003.